David Lewis, 19th century philanthropist and innovator, created one of the most memorable and best loved institutions in Birmingham. Originally opened in Corporation Street in 1885 the store became what is now regarded as one of the forerunners of the modern department store. The location was favoured as one of the busiest intersections in the city, and in the 1920’s ambitious plans bridged across The Minories on Bull Street and joined 2 buildings creating a new ‘superstore’. This became the much admired Lewis’s department store and traded throughout most of the twentieth century. Lewis’s promotions were legendary with generations remembering celebrations around Christmas and Easter and the store brought to Birmingham a taste of 34th street, New York. 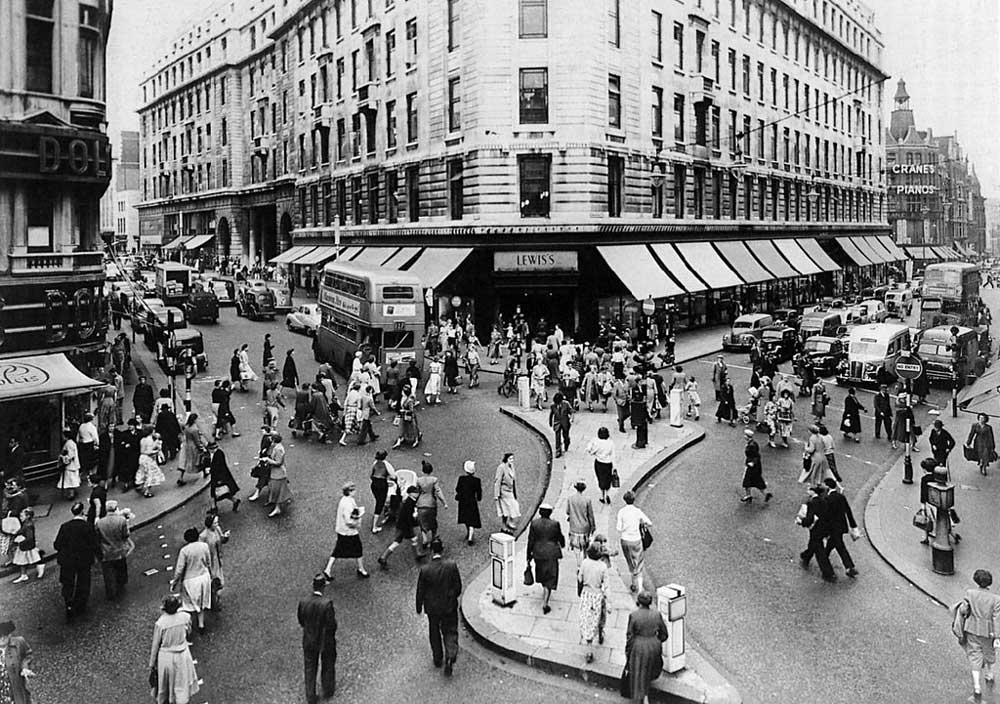